CHARLESTON, S.C. — Refuel Operating Co. LLC closed on its acquisition of Wag-A-Bag LLC, which owns and operates 18 convenience stores under the Wag-A-Bag brand with Shell- and Valero-branded fuel in the Austin, Texas, market, on June 22.

The companies did not disclose the financial details of the transaction.

Refuel, a Charleston, S.C.-based retail and wholesale fuel distribution and c-store business, is an affiliate of First Reserve, a private equity investment firm focused on energy, and it is a growth platform focused on the retail fuel distribution and convenience sector. The transaction represents the seventh acquisition for Refuel since establishing the partnership with First Reserve in May 2019. The Wag-A-Bag acquisition brings Refuel’s total company-operated store count to approximately 130 locations in North Carolina, South Carolina, Arkansas and Mississippi.

Virg Rabb IV and Nancy Rabb founded Wag-A-Bag in 1964 in Round Rock, Texas. They saw that there was a growing need for convenience retail and groceries in small towns outside of Austin, and they developed and opened the first Wag-A-Bag c-store that year.

Their son, Cary Rabb, grew up working in the grocery industry. He joined the Wag-A-Bag team in 1991 and became president shortly before his died in 1998. The late 1990s marked a period of the company shifting focus to the northern Austin market as it divested its operations in smaller markets east of Austin. Since then, Rabb has developed six stores in the Austin metropolitan area and focused on organic growth of the business. After his mother died in 2018, he became the majority owner of the business and is CEO.

He is now retiring from the industry, citing the increased capital demands to keep up with rapid market growth.

“I am happy that my family’s business will be in good hands with Refuel, and that my employees have a bright future with a growing company,” Cary Rabb said when the companies announced the deal in May. “I am confident Refuel will continue to provide our customers a first-class experience with our world-class staff. This is a tremendous opportunity for everyone as Austin and Central Texas continue to grow.”

He added upon the closing, “I believe Wag-A-Bag’s employees have a great opportunity with Refuel’s stewardship of the Wag-A-Bag name that my family has been so proud to create.”

Corner Capital Advisors LLC represented Wag-A-Bag in a mergers-and-acquisitions (M&A) financial advisory capacity and performed a fair market valuation for Wag-A-Bag, outlining a structured sale process that could yield optimal value to the family while creating the opportunity to release the branded fuel supply to the open market. It managed the negotiations that led to the signing of the asset purchase agreement between Wag-A-Bag and Refuel.

“Cary has ensured that his team members will have great opportunities with the growth plans of Refuel, and that Wag-A-Bag’s community involvement and service legacy will continue to benefit its communities,” said Andy Weber, founder of Austin-based Corner Capital Advisors. 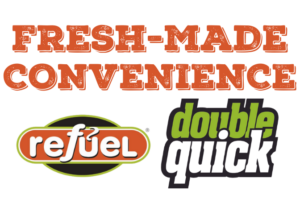